The complex of reconnaissance and optical devices detection SYCH 5K10 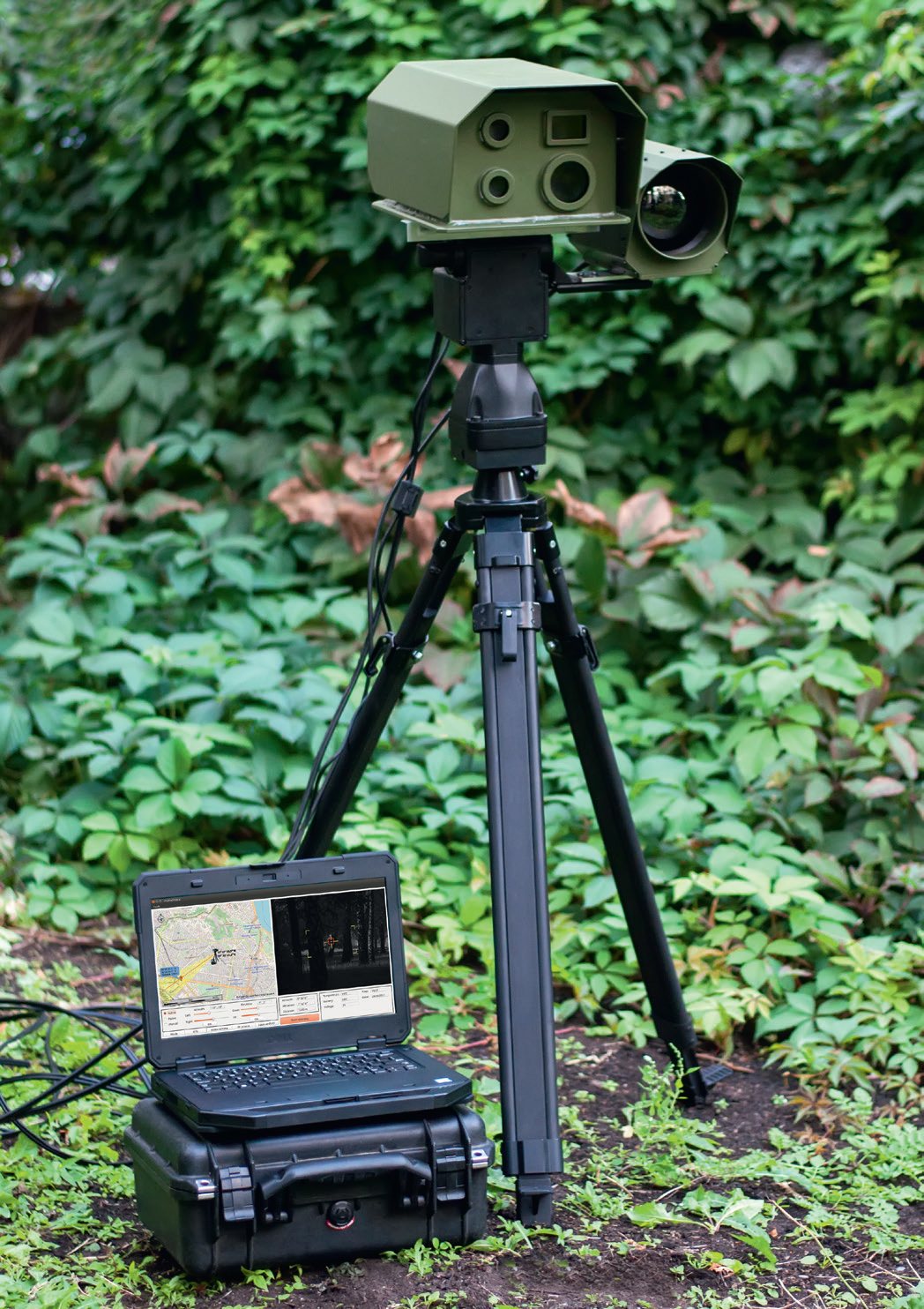 The complex i s a multifunctional optoelectronic device designed for twentyfour-seven video monitoring of the terrain, aims searching and automatic detection of camouflaged optical aiming and tracking devices, determination of their coordinates and distance in difficult terrain and urban buildings conditions.

Providing an early and prompt detection of optical aiming devices and the fact of covert objects surveillance, the complex prevents a sniper attack or terrorist act at the stage of their preparation.

1. Passive mode. Exploration of territories and the surrounding environment with the help of television and thermal imaging modules in order to find and detect targets, measure the distance to them and determine the coordinates.

2 . Active mode. Laser scanning of designated areas in order to search and automatically detect camouflaged optical aiming and tracking devices, measure the distance to them and determine the coordinates.

The complex makes possible to monitor the terrain and observe thermal objects in limited visibility conditions (poor lighting, smoke, fog), as well as to detect other passive and active heat sources hidden by vegetation. The detection of camouflaged optical aiming and tracking devices is made by their gleams, formed as a result of laser radiation reflection from their optical systems.

Control of the complex operation modes and the parameters of all modules is performed from a remote computer by one operator. The remote computer monitor displays videos from the television and thermal imaging modules, an electronic map of the area indicating the location (coordinates) of the detected targets, operating modes and modules parameters. All received data of the distance and coordinates of the detected targets are automatically stored and transmitted to the command post and fire damage systems.

The scope of applications of SYCH 5K10 encompasses: the detection of snipers and camouflaged optical surveillance devices, security of special zones and territories, protection of objects of critical infrastructure, organization of anti-terrorist activity, providing the security of command posts and strong points, remote monitoring of terrorist (sniper) threats.